Around the world people are waking up to the fact that air quality is an issue they cannot forget indoors. Studies around the world have shown that quality of air may be several times worse inside than outside. Given that most people spend about 90% of their time inside, the implications to people’s health are significant.

Several things may lead to poor Indoor Air Quality (IAQ). Among them, air pollution is the one whose impact is growing around the world, especially in the polluted cities of Asia.

Air pollution is now the world’s largest single environmental risk, and causes 7 million premature deaths every year. Airborne particulates are classified as a group 1 carcinogen, according to WHO and International Agency for Research on Cancer.

Air pollution is a significant risk factor for a number of health conditions, including respiratory infections, heart disease, stroke and lung cancer. A 2013 study showed that there is no safe level of particulates. Instead, for every increase of 10 µm/m3 in PM10 (inhalation of particles) in the air, lung cancer rate rises 22 %. Smaller PM2.5 (fine particles) are particularly deadly, with 36 % increase in lung cancer rate per 10 µm/m3. 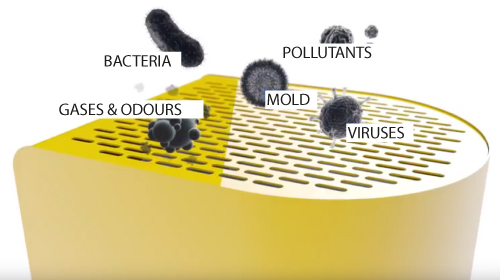 Common sources of air pollution are industry, motor vehicles and other combustion devices. Motor vehicle exhaust is a major contributor of ultra-fine particles whose size is smaller than 100 nanometres. Ultra-fine particles have several more aggressive health implications than the commonly monitored PM10 and PM2.5 particles . Nano-sized particles, which are the toughest to clean from the air, have the ability to penetrate tissue, be absorbed directly into bloodstream and migrate into organs, including the brain.

The biggest health risk in the air we breathe is related to ultrafine particles and hazardous gases. These substances can penetrate to the bloodstream through alveoli in our lungs. The smaller the particle, the deeper it will be able to penetrate in our lungs. These kinds of impurities are, for example, particles from polluted outdoor air. Removing them is not possible with traditional filters. Air purifiers based on traditional filters typically report their filtration efficiency only down to 300 nanometers (that is, 0.3 micrometers). Particles smaller than this are not taken into account. Ultrafine particles are 100 nanometers or less in size, and only Genano technology can filter impurities down to 3 nanometers in size. 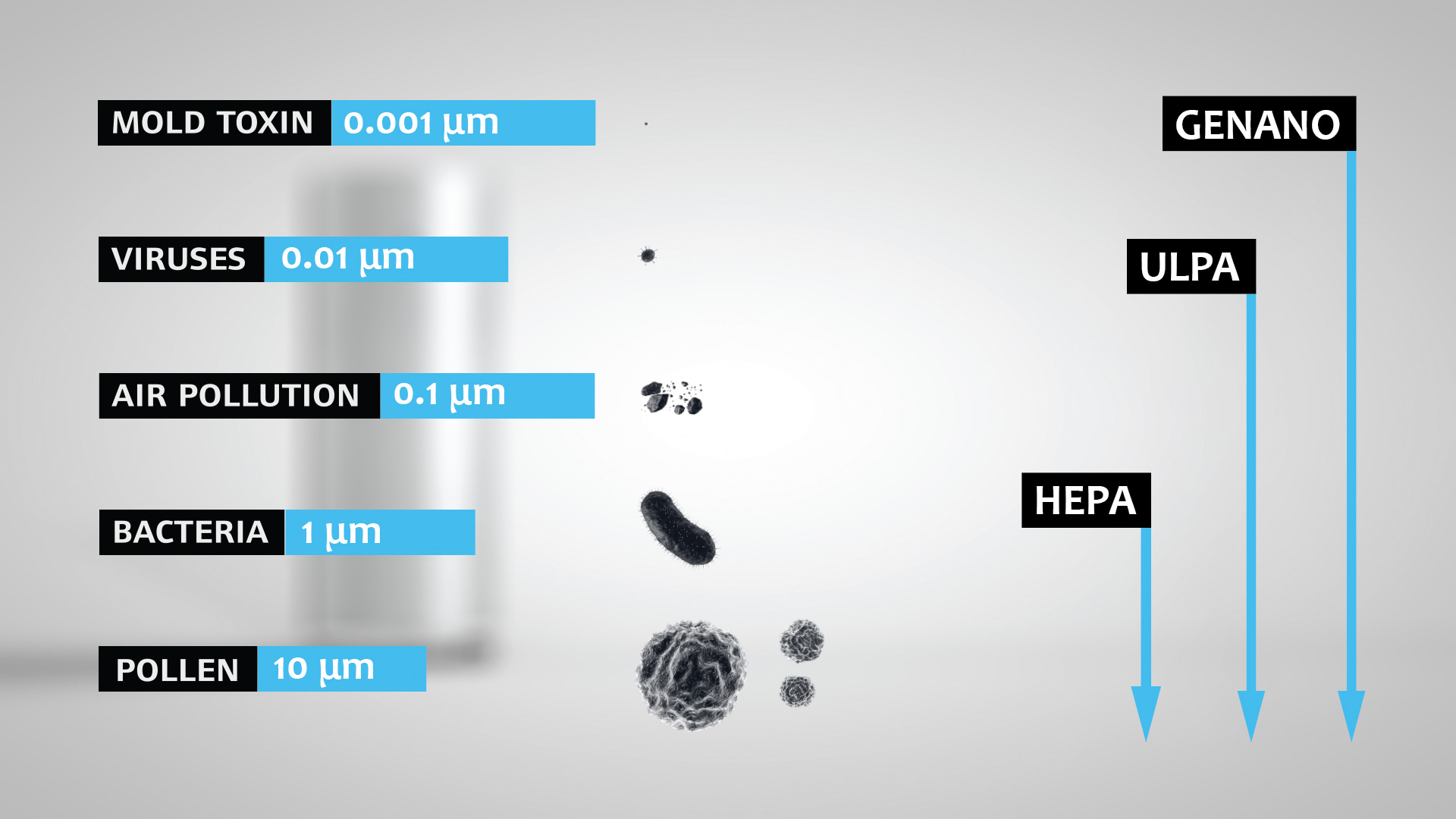 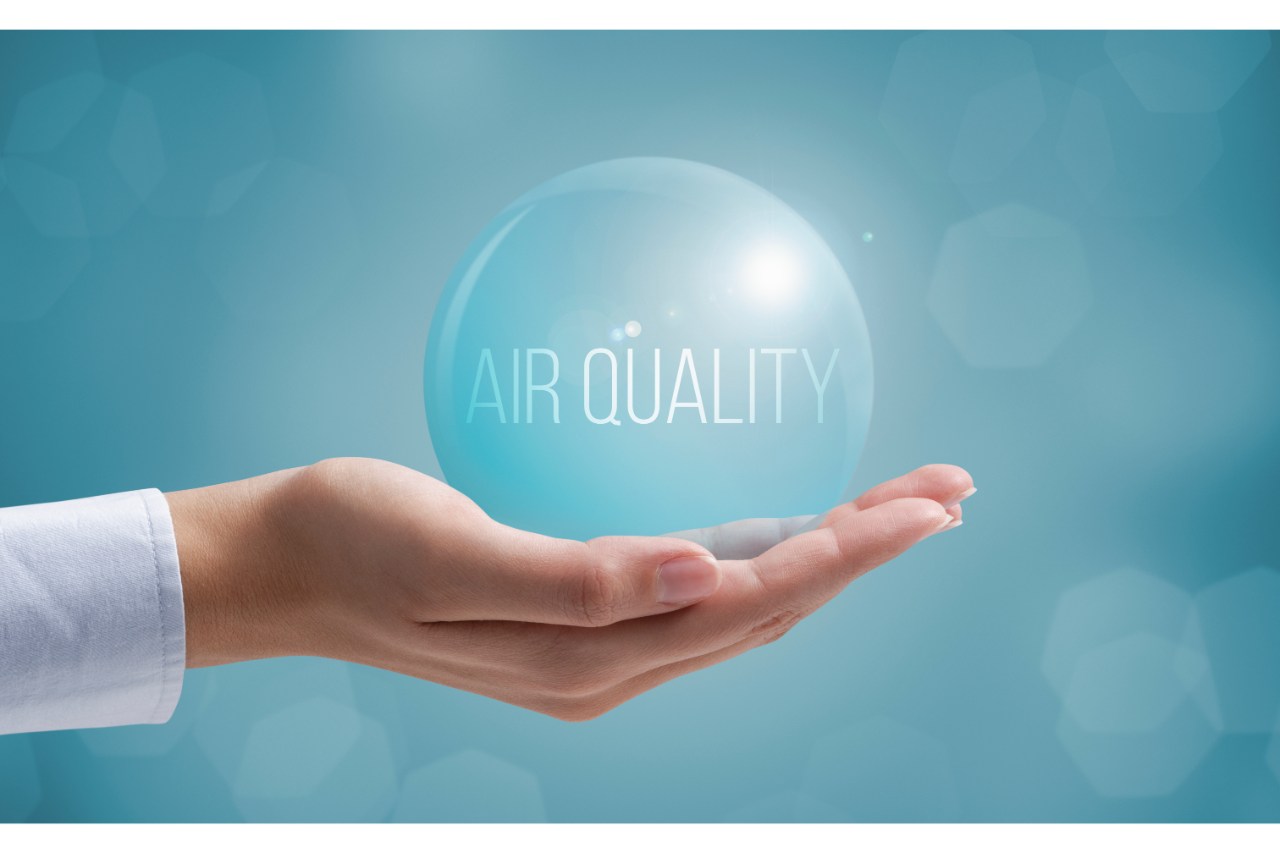 Many have yet to discover the benefits of air purification, and it is easy to assume it’s something we don’t need in our lives. 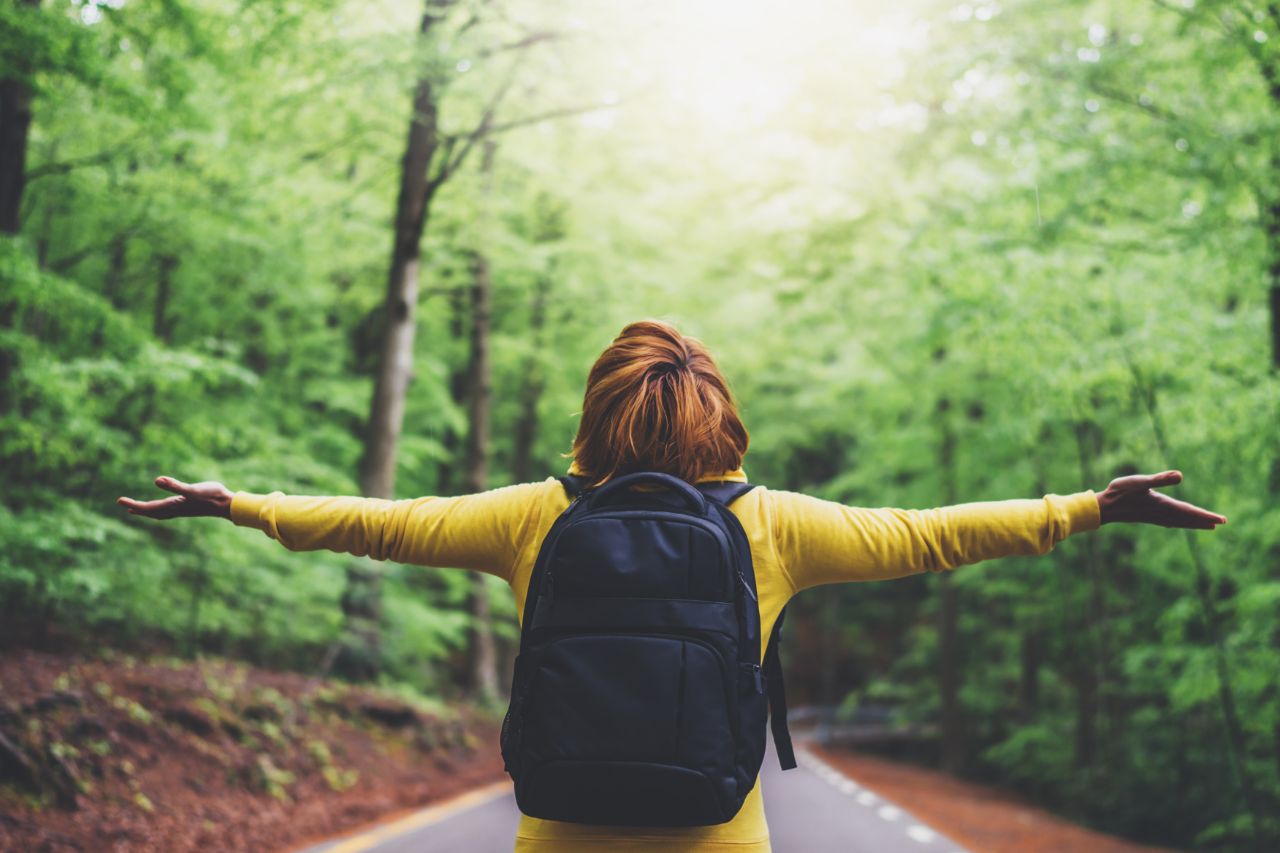 Air pollution has worsened significantly in recent years and has contributed to countless deaths due to poor health. 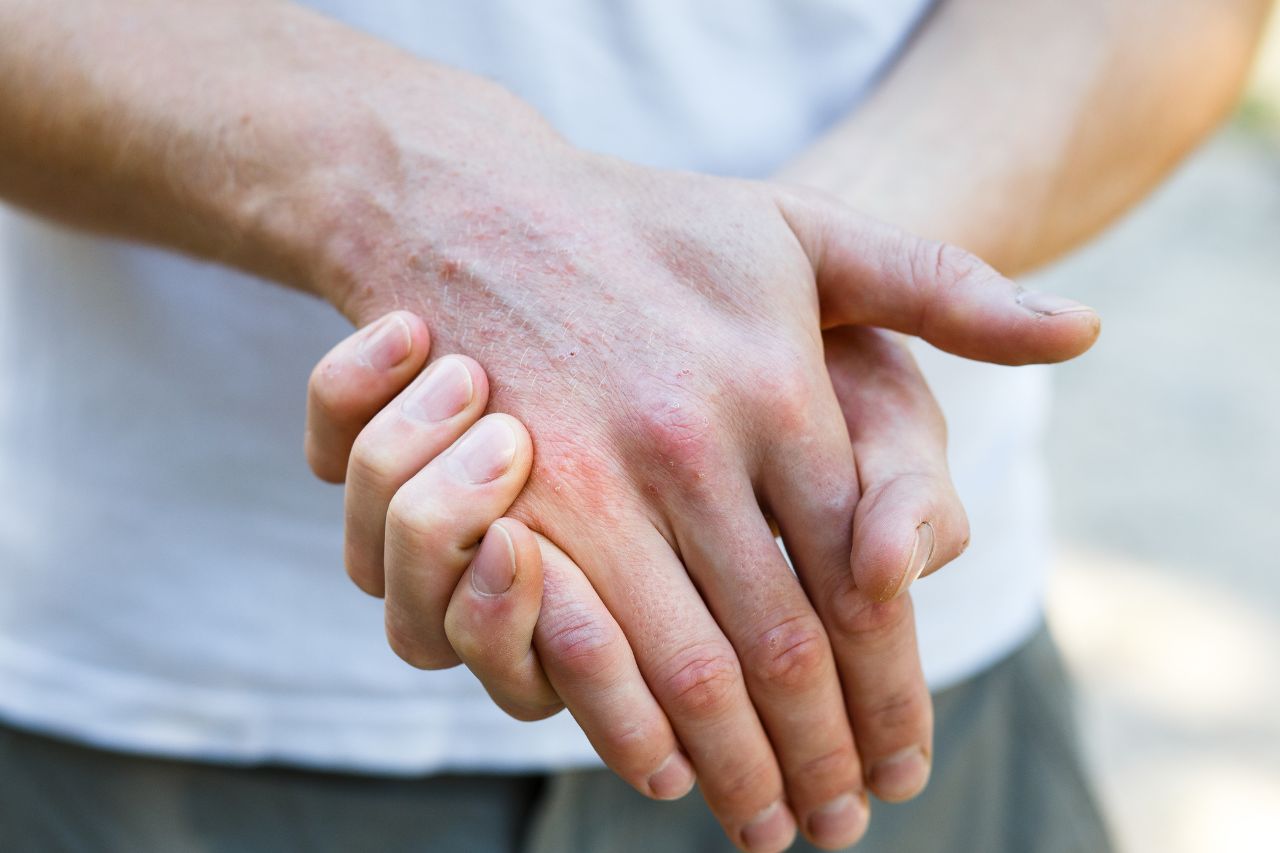